Lowering the Temperature at Canadian Airports 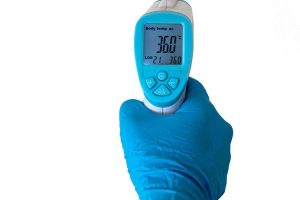 On Friday June 12, 2020 the Canadian Government announced it will require temperature screenings for all passengers flying in and out of Canada and for all employees working at Canadian Airports. The rollout of the temperature checks and the relevant airports will be a phased approach and will be as follows:

Some of the types of equipment that can be used are traditional thermometers, digital thermometers and sophisticated thermal cameras capable of screening large numbers of travellers at a time.

“The IAM supports the move to improved temperature screening protocols, which will keep IAM members, all other airport workers, and the travelling public safe from infection from COVID. As airport travel begins to recover and rebound, it is of primary importance to keep us all safe in Canada’s airports.” stated Stan Pickthall, IAMAW Canadian General Vice-President.

This new safety protocol is an addition to the previous announced measures which include temporary changes to maintain physical distancing on aircraft and face coverings for passengers and airport workers.

The International Association of Machinists and Aerospace is Canada’s largest Union representing Aviation, airlines and airports, and aerospace workers. The Union represents 20,000 in air transportation across Canada.

This entry was posted in News and Events and tagged Canada, IAM, IAMAW, LL16, Union. Bookmark the permalink.