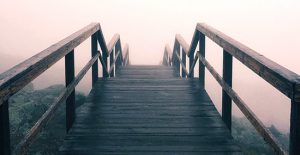 The economic devastation, and mass unemployment as a result of the pandemic, has highlighted the inadequacies of current policies, programs and legislation. The Employment Insurance program has shown to be especially inadequate in addressing the needs of those who have lost jobs, permanently or temporarily. Only about 39% of applicants are eligible for EI, a number which is even lower for women.

In response to the crisis, and in order to stabilize the economy, the federal government introduced the Canadian Emergency Response Benefit (CERB), which provides a flat amount of $ 2,000 on a monthly basis. CERB is unique in that it’s not income-tested, and parameters of eligibility are broad. Given the uncertainty over how long the crisis will last, and how quickly CERB became available, the idea of universal basic income (UBI) as public policy has garnered some attention.

The Broadbent Institute hosted a session addressing public policy models that address crises, but also issues of equity, fairness and justice. What came across clearly is that UBI is a loosely defined concept, without clear guidelines on how it is administered, who pays for it, eligibility and the objective it aims to reach. Those on the political left would use UBI to address inequality, while those on the far right would see it is a vehicle to reduce reliance on the state and promote the provision of goods and services through the market. As a tool it seems to be blunt, and potentially disastrous, depending on who administers the tool.

Economist Armine Yalnizan stressed that we are in an era of reduced economic growth, declining wages, and inflation, which is coupled with a relatively small working-age population when compared to those who are not working. In other words, the tax base is small and burdened. Yalnizan cautioned against UBI given that it doesn’t “raise the floor”, rather, it would disadvantage those with fewer resources, so the issue of equity and fairness would not be addressed. As Yalnizan stated, “basic income isn’t the magic bullet for dignity.”

Yalnizan pointed out that among G-7 partners, Canada has the highest rate of utilization of low-paid workers, stressing that the focus of the attack on working people shouldn’t be lost once the pandemic ends. Now is the time to renew calls for decent jobs, quality of work, and living wages. It is also the time to commodify work that’s traditionally not been commodified and valued, such as women’s work, which is valued to be at $ 10 trillion annually.

Furthermore, tiered income systems, as employment insurance used to be in the 1940s were meant to reduce the impact of an economic downturn and maximize purchasing power, while also automatically stabilizing the economy. Under the current EI system, only 39% of those who apply are eligible, and only 32% of women.  As a measure, UBI and similar programs merely help people stay afloat during a tough time.

Yalnizan called on progressive, organizations and the movement as a whole to push for policies that re-distribute power and wealth, compress the wage distribution, through improvements to employment insurance, living wage policies, socializing care, affordable housing, access to healthcare,  and overall, supporting models that re-distribute wealth and power, as Medicare does.  It is imperative that public policy be fine-tuned to address discrepancies and systemic inequities that are especially evident in crisis situations. Now is a chance to prepare for catastrophes in a way that doesn’t disproportionately affect the most vulnerable.

This entry was posted in News and Events and tagged Canada, IAM, IAMAW, Union. Bookmark the permalink.