Nominations and Elections for the IAM 2019 Transportation Conference will be held at the December General Meeting on Tuesday December. 18th, 2018 at Local Lodge 764 located in Richmond BC, 7980 River Road. Local Lodge 16 will be sending 3 delegates to the Transportation Conference in Las Vegas Nevada on April 7 2019- April 12 2019. Two delegates will be nominated and elected from YVR during the December General Meeting and one will be appointed from the Region by the Executive Board. Travel, lost time, accommodations and per diems are to be covered by the Local Lodge. 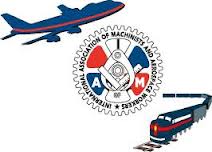 NOMINATIONS for the above positions may be offered at the Regular Local Lodge 16 meeting on December 18th, 2018. Both the NOMINEE and NOMINATOR must be “Members in Good Standing” of the Local Lodge for the nomination to be accepted. Nominees must be a “member in good standing” for at least one (1) year at the time of nomination for the nomination to be accepted and have attended at least fifty percent (50%) of the regular Local Lodge monthly meetings in the preceding twelve (12)
months of their nomination, pursuant to Article 2, Section H and I of the Local Lodge Bylaws. Members that have been excused from General Meetings will be required to provide proof of said excuses.

APPLICATIONS from THE REGION will be submitted by E-mail to eboard@iamaw16.ca and MUST BE RECEIVED by DECEMBER.17th 2018 15:00 pm. Thank you for your interest and continued support.

This entry was posted in Uncategorized. Bookmark the permalink.