All Nomination forms MUST be in the hands of the Local Lodge Recording Secretary no later than 3:30 pm on May 20, 2014.

NOMINATIONS for the above office may be offered at the Regular Local Lodge 16 meeting on May 20, 2014. Nominations will state the name of the person being nominated, the office the nomination is for, and the name of the nominator. 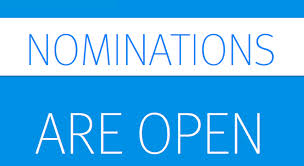 Please fill out the attached Nomination form and mail by Canada Post, hand deliver or FAX to the Local Lodge Recording Secretary. More forms may be obtained from the Local Lodge offices.

Balloting will be done by Absentee Ballot.

Members who reside in outlying Districts more than 25 miles from the designated balloting place, members who are either confined because of a verified illness or on leave qualifying under U.S. and Canadian family leave laws, or on vacation, or on official I.A.M. business approved by the Local Lodge or District Lodge or Grand Lodge, or on an employer travel assignment, or reserve military leave, as the case may be, shall be furnished absentee ballots. Members applying for an absentee ballot on the basis of residing in an outlying district more than 25 miles from the designated balloting place, shall have their eligibility to vote by absentee ballot determined by the Recording Secretary and the Secretary Treasurer before the ballot is mailed. Members found not to be eligible to vote by absentee ballot will be so notified within 10 days of the receipt of their application.

Please fill out the attached Absentee Ballot Request Form and mail by Canada Post or hand delivered (Faxes not accepted) to the Recording Secretary of Local Lodge 16 no later than MAY 20, 2014.  More forms may be obtained from the Local Lodge offices.

This entry was posted in Uncategorized. Bookmark the permalink.